Just added to your cart

For purchases above €20 - Free shipping!

Which oil is right for you? That depends largely on the type of cooking you’re doing. An oil’s smoke point, which is the point when oil starts burning and smoking, is one of the most important things to consider. If you heat oil past its smoke point, it not only harms the flavor, but many of the nutrients in the oil degrade—and the oil will release harmful compounds called free radicals.

If you’re wondering which is the best cooking oil for your health—and which oils are not healthy—there’s some disagreement.

Generally replacing bad fats (saturated and trans) with healthier fats (monounsaturated and polyunsaturated) is good for your heart and should be the main goal when considering a new, healthy oil. Nutrition and cooking experts agree that one of the most versatile and healthy oils to cook with and eat is olive oil, as long as it’s extra virgin. The “extra virgin” label means that the olive oil is not refined, and therefore of high quality.

Extra virgin olive oil contains a large amount of monounsaturated fats and some polyunsaturated fatty acids; many studies have linked it to better heart health. Olive oil has a relatively lower smoke point compared to other oils, so it’s best for low and medium-heat cooking. Depending on who you ask, coconut oil should either be avoided or embraced in moderation. The main point of conflict is its high saturated fat content; unlike other plant-based oils, coconut oil is primarily a saturated fat. Not everyone agrees that such a concentrated source of saturated fat is a no-go for health, but some experts, argue that replacing foods that are high in saturated fat with healthier options can lower blood cholesterol levels and improve lipid profiles.

That doesn’t mean it should be excluded from the pantry. Saturated fats can be a healthier oil to use when you’re cooking at a very high temperature or frying food, because they are more stable at high heat. This means that they are less likely to break down and smoke. The term “vegetable oil” is used to refer to any oil that comes from plant sources, and the healthfulness of a vegetable oil depends on its source and what it’s used for. Most vegetable oils on the market are a blend of canola, corn, soybean, safflower, palm and sunflower oils.

They’re not necessarily bad for you, but you can get so much more benefit from olive oil. Vegetable oils are refined and processed, which means they not only lack flavor, but also valuable nutrients. Sunflower oil is high in vitamin E; one tablespoon contains 28% of a person’s daily recommended intake of the nutrient. It has a high smoke point and doesn’t have a strong flavor, which means it won’t overwhelm a dish. However, sunflower oil contains a lot of omega-6 fatty acids. The body needs them, but omega-6s are thought to be pro-inflammatory, while omega-3s are anti-inflammatory. Consuming too many omega-6s without balancing with omega 3s, could lead to an excess inflammation in the body, so moderation is key. Avocado oil is a great choice. It’s unrefined like extra virgin olive oil, but it has a higher smoking point, which means it can be used to cook at higher heat and is great for stir-frys. It doesn’t have much flavor, which makes it a good option for cooking. It’s just creamy, like an avocado. Avocado oil contains both monounsaturated and polyunsaturated fatty acids (it has one of the highest monounsaturated fat contents among cooking oils) as well as vitamin E. One downside is that it tends to be more expensive.

Tips for cooking with healthy oils:

In general, choose oils with less than 4 grams of saturated fat per tablespoon, and no partially hydrogenated oils or trans fats.

You may find that some oils have distinctive flavors, so try different types to discover which ones you like. Also, some oils are better for certain types of cooking than others, so you may want to have more than one type in your pantry. 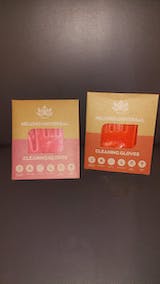 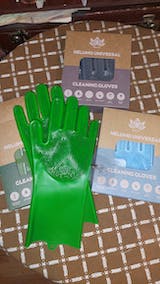