Just added to your cart

For purchases above €20 - Free shipping!

What is BPA? Why should you care about it?

BPA stands for bisphenol-A, a type of chemical compound that has been widely used to manufacture plastics and resins since the 1960s. It’s often found in polycarbonate plastics and epoxy resins - materials that make up our food containers, water bottles, and the inside of metal products like cans of food. BPA can even be found in dental sealants and composites!

Why is that bad? Research has shown that BPA can seep into food or drinks that are contained in products made with it. This is a problem due to the potentially harmful effects of this chemical compound - studies have shown a possible link between BPA and increased blood pressure, issues with the normal brain development of children, disruption of reproductive hormones, and more.

How much of this is true and what is a myth? Let’s find out! Bisphenol-A was first discovered in 1891 by Russian chemist Aleksandr Dianin. To make it, a condensation reaction needs to happen between phenol and acetone, using hydrochloric acid or sulfuric acid as a catalyst.

Dianin's way of preparing this chemical compound is still followed to this day, even if it has been refined for industrial-scale production. In 1934, the workers at I.G. Farbenindustrie, a German chemical & pharmaceutical conglomerate, reported the coupling of BPA and epichlorohydrin. Over the following decade, coatings and resins derived from similar materials were used by workers at DeTrey Freres in Switzerland and DeVoe and Raynolds in the US.

This early work underpinned the development of epoxy resins, which lead to the production of BPA. The introduction of BPA to manufacturing developed further with the discovery of polycarbonate plastics at Bayer and General Electric. Controversially, the British biochemist Edward Charles Dodds tested BPA as an artificial estrogen in the early 1930s. He found BPA to be 1 / 37,000 as effective as estradiol and eventually used it to develop a structurally similar compound, diethylstilbestrol (DES). Dodds offered this as a synthetic estrogen drug in women and animals, until its ban in 1971 due to its cancer risk. From then on, BPA was no longer used as a drug.

As previously mentioned, Bisphenol-A (BPA) is a chemical compound used in the production of plastic, favored by companies for its ability to strengthen this material. Nearly everyone has measurable levels of BPA in their bodies. In 2003-2004, the U.S. Centers for Disease Control and Prevention (CDC) assessed 2,517 US residents aged six and older and detected BPA in 93% of samples.

In 1997, animals in a laboratory were shown to have an adverse reaction to the exposure of a low dose of BPA. That is when studies began to find possible connections between health issues in pregnant women & children and their exposure to BPA. To this day, debates are still ongoing as to whether this chemical compound should be banned or not. Impact on our health

BPA can mimic the effects of the natural hormone estrogen, this is due to the similarity of phenol groups on both BPA and estradiol, which enable this synthetic molecule to trigger estrogenic pathways in the body. Typically, phenol-containing molecules similar to BPA are known to exert weak estrogenic activities, making it an endocrine disrupter (ED) and estrogenic chemical.

Any artificial interference with hormones can potentially lead to reproductive issues and later on problems with child development. Alongside interfering with the body’s natural ability to regulate the metabolism and produce insulin. Studies on animals have shown the way that BPA affects estrogens, and additional research suggests a potential link between BPA and increased blood pressure.

How are humans exposed to BPA?

We are mostly exposed to BPA by eating food and drinking liquids that came in contact with materials made with BPA. This chemical compound can seep into food and liquids, especially when heated or when the container has been scratched or damaged in any way. Once ingested, the liver can quickly metabolize it, and it would normally be eliminated by our body within 24 hours. However, repeated exposure might have more of an impact on our health than we might initially notice. Impact on the environment

In 2010, the U.S. Environmental Protection Agency reported that over one million pounds of BPA are released into the environment every year. Since this chemical is found in materials like plastic which can’t be easily recycled, most products made with it end up polluting our forests and oceans. This is a problem not only for our earth but also for our wildlife which ends up being exposed to this harmful chemical.

BPA has inspired a difference of opinions from professional figures in a variety of industries.

The chemical industry argues that BPA has been used in consumer products for more than fifty years, and has been approved for use in products intended to contain food and drinks. Asserting that no adverse effects on health have been detected in humans.

Some scientists argue that there are too many differences among studies, and too many differences between humans and the animals studied to draw conclusions. They note, for example, that rats metabolize BPA differently from humans and that children and adults metabolize BPA differently from each other. Some highlight the fact that hormones produced naturally in the body have different effects at high and low levels and that studies of BPA administered at high levels may not accurately reflect the toxic effects of low-level exposure.

Other scientists, along with some healthcare professionals and consumers, argue that the animal data is sufficiently compelling to limit exposure to BPA. They note that the absence of documented effects does not mean that there are no effects.

Bisphenol A (BPA) is a plastic found in a variety of consumer products, from hard plastic water bottles to food containers, and canned food to name a few. It’s been used since the 1960s but lately, there have been conflicting stories in the media about its safety. Should you be concerned?

Some have stated that this chemical is harmful to humans, especially children. Others state that there is a long history of safe use and that concerns are exaggerated.

Where does this leave the average consumer? In some cases, it's getting easier to avoid BPA, as manufacturers are discontinuing its use. Here are some guidelines for people who are trying to avoid BPA:

- Baby bottles and sippy cups manufactured in the U.S. since 2012 are BPA-free by law.

- Discard scratched baby bottles, infant feeding cups, and water bottles. Small amounts of BPA might leak into the contents; in addition, damaged areas could provide a hiding place for germs.

- Canned baby formula may or may not have BPA in the lining. In fact, different packets from the same manufacturer may have differences in their BPA content (though very small amounts are involved). Manufacturers are seeking non-BPA-containing liners that can withstand the heat used to process cans of formula. 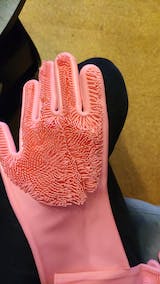 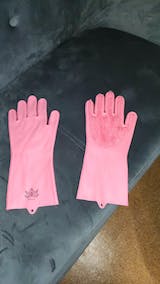 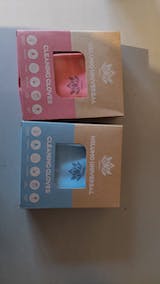 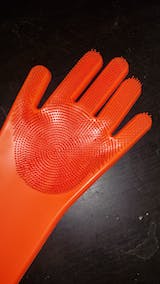